In a time of misinformation and fake news, what about the Good News (the gospel)? Is it just another story made up to trap the unwary?

How do you know what you know?

Who remembers the olden days: “it must be true – there it is in black-and-white!” we would say, pointing to a newspaper. Of course, even then, being in a newspaper was no guarantee of truth, but reputable papers cared about their reputation, even printing retractions when they got something wrong (ok, in small type, on page 19).

And even if they spun a story, the spin was still somewhat based on real events. In the early days of our Church, a long-gone newspaper (ironically called ‘The Truth’) printed an article about a full-immersion baptism with the headline: “Pastor with Woman in Bath on Stage”. It’s funny now – actually it was funny then, who falls for this stuff? But at least you could draw a line of sight between the event and the outrageous headline.

But now? Now all you need is the outrageous headline, and who cares if the accompanying story is even true. By the time it has been shared a million times on social media, how would you ever know? And so we enter the era of fake news – the more outrageous it is the better; the more it appeals to our existing biases the better; the more it appears in our social media timelines – complete with outraged comments – the more clicks. There’s a reason why Oxford Dictionaries made their word of the year for 2016: ‘post-truth’.

So how do you separate truth from fiction in a time when fiction disguised as truth is better click-bait and more advertising revenue? It’s the same old hard slog its always been: real evidence based on reputable sources. Real evidence is not opinion, it is fact. It’s not ideas, it’s direct observation. The most reputable source is direct measurement of an observable fact; and if you can’t get that, it’s direct high quality testimony of on-the-spot witnesses.

So is Christianity the ultimate unknowable; you know, that faith thing?

Christianity doesn’t have a great reputation. In its most known incarnations it preaches that you just have to believe, or maybe you will get a ‘calm assurance’ ‘deep down’. Maybe some coincidence occurred, and you say to yourself (in the face of nothing else), yep, that must be it. That it’s all a matter of faith – your personal faith – and no-one else can know, only you.

The funny thing is, the Christianity of the Bible was all about observable facts, direct witness testimony and unmistakable evidence. The Church began (Acts 2) with unmistakable evidence that drew a crowd to demand ‘what is going on’? The disciples were all speaking in tongues. Peter described this to the gathered crowd as what they could ‘see and hear’.

In the early Church speaking in tongues was accepted as unmistakable evidence in the face of people who could not believe that God would give the Holy Spirit to non-Jews: “for they heard them speak with tongues” (Acts 10). When Peter recounted these events, as a first-hand witness, to the elders back in Jerusalem (who also did not believe the outpouring of the Holy Spirit was for non-Jews) he said: “forasmuch then as God gave them the like gift as he did unto us, who believed on the Lord Jesus Christ; what was I, that I could withstand God?”. Acts 11 goes on to say that these elders: “when they heard these things, they held their peace, and glorified God, saying, then hath God also to the Gentiles granted repentance unto life”.

An observable fact: the Jewish Christians who went with Peter to the house of the non-Jew Cornelius “were astonished”. They observed directly other people receiving the Holy Spirit just as they had. Peter’s direct testimony to the elders in Jerusalem was about this direct fact he had observed. The testimony was accepted as evidence; and the evidence was of an observable event.

So how did Christianity get caught up in feelings, ideas and philosophies? Why is Christianity just like any other religious idea – whose main benefit seems to be ‘it’s a good way to live your life’? When did direct, observable unmistakable evidence get sidelined in favour of religious guff? Who knows. But one thing is certain: God hasn’t changed.

And yes, Jesus said you did need faith. Faith as a grain of mustard seed. That’s pretty small. Just enough to decide to see: is there really a God who answers? 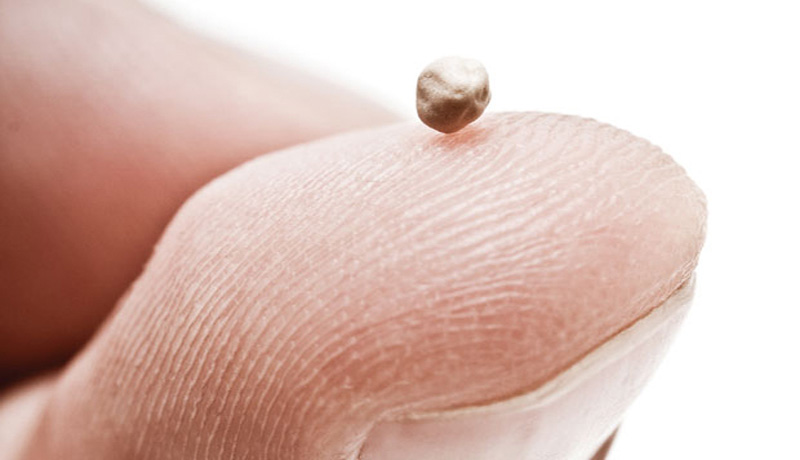 So is the Good News fake news?

To hear some people talk, it might as well be.

But the true Gospel is completely different. It is a gospel of resurrection power and signs following.

Are you caught up in fake news still? No need. Search out the evidence, and direct testimony of an answering God, observable data and clear personal evidence.