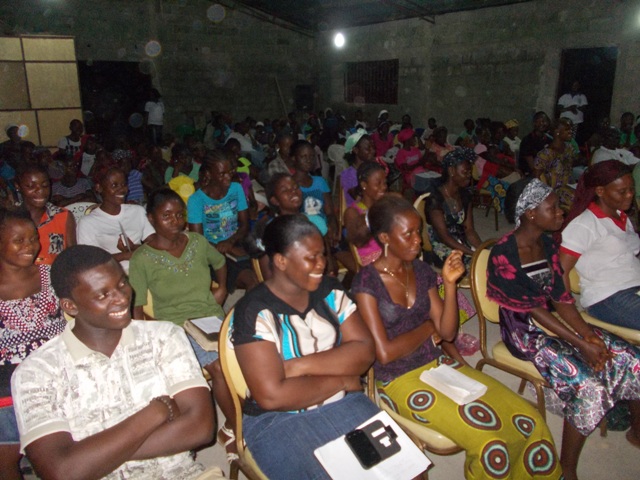 After the Ebola crisis the Assembly in Monrovia has now settled back into normality.

At the end of February they had a rally which packed their recently completed new hall.

Over the weekend many people received the Holy Spirit. Sister in the Lord happy at the Rally