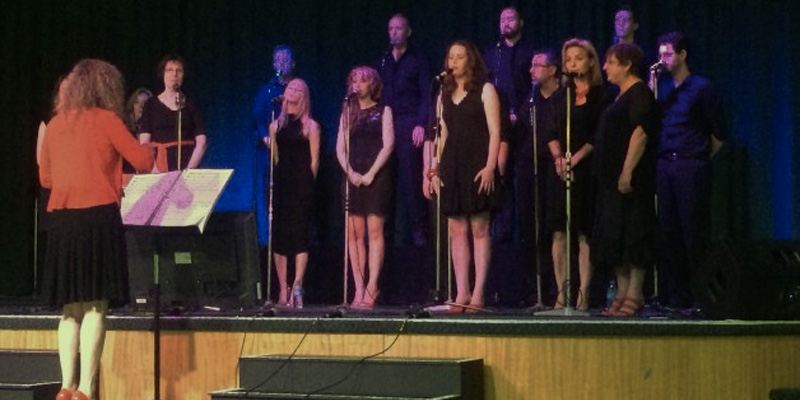 The Melbourne Assembly at Box Hill hosted a Christmas Service on Sunday as an outreach.

The choir had been rehearsing for months to sing Christmas Carols along with the congregation. We were also treated to items from In-Achord and some solo performances in keeping with the Christmas theme.

We heard a talk from Pastor Simon Longfield titled ‘Your Christmas’, looking into the scriptures at how much more Jesus can do for the individual, than just being the baby in the manger.

We had the communion service and Spiritual gifts, as set out in scripture, then we were treated to more Christmas carols. With everyone singing up loud, it sounded terrific!

Afterwards there was a communal supper for everyone to enjoy some fellowship before we started our Christmas camps.

Thank you to all who put in the time and effort to put on such a solid outreach. The choir up on stage The congregation joining in the singing Pastor Simon giving the talk on ‘Your Christmas’