The Melbourne Assembly hosted yet again another highly successful and most enjoyable dinner night. This time the theme was ‘a Medieval Banquet’ which included bread, cheese & figs presented on wooden planks, lamb on the spit, chicken drumsticks with apple & cinnamon, beef sausages & buttered potatoes with a leafy green salad. Those who still had room in their dessert stomachs then feasted on apple pie with ice-cream or black forest cake.

The dining room looked the part with a drawbridge entry, bunting, stone columns, a King’s throne and the stocks (for the pesky peasants!).
We were entertained by Lynde (who was channelling Lady Guinevere) on the cello, and most ably served by the children who were also in themed costume.
150 diners, including 8 visitors (and 15 frazzled kitchen hands) all enjoyed a great night. 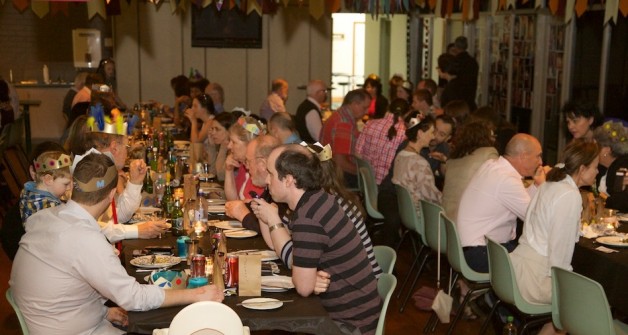 The dining room transformed with a Medieval theme 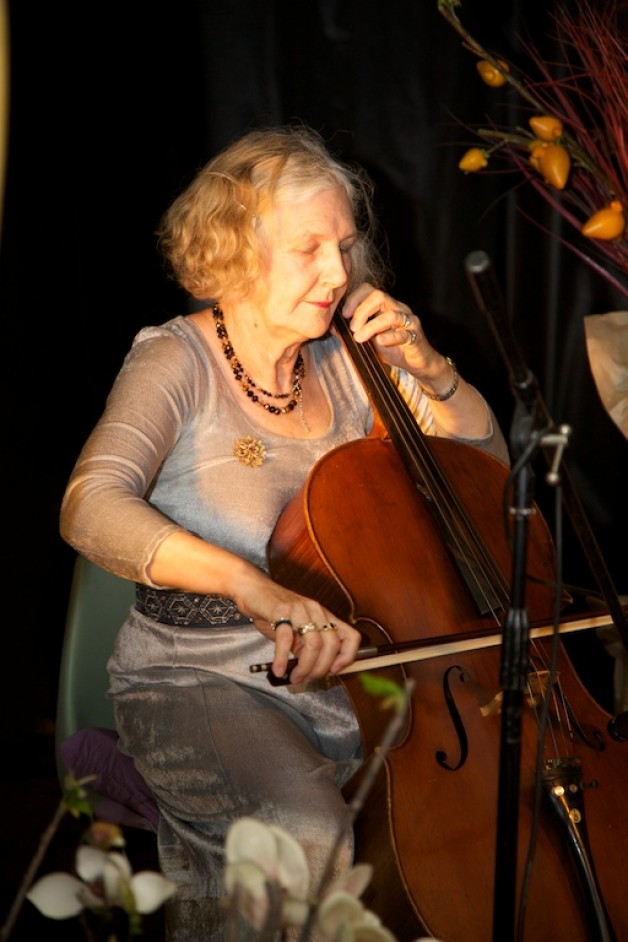 Musical performance for the night 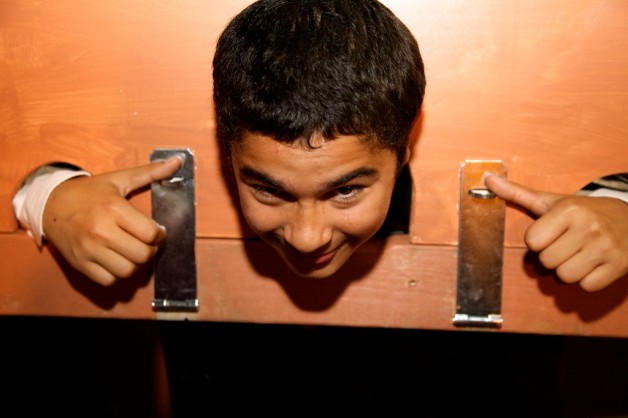 Children really getting into the theme 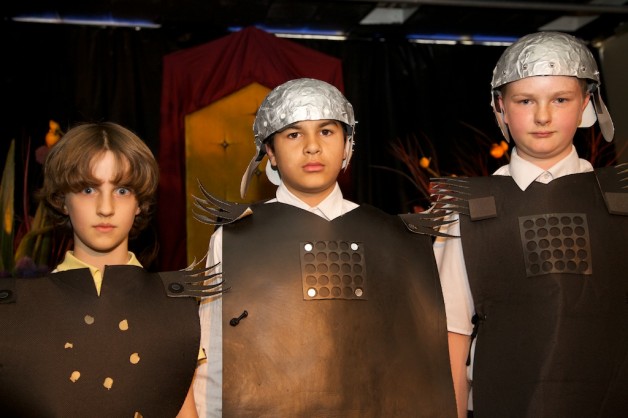 Some of the waiters for the evening, dressed for the occasion