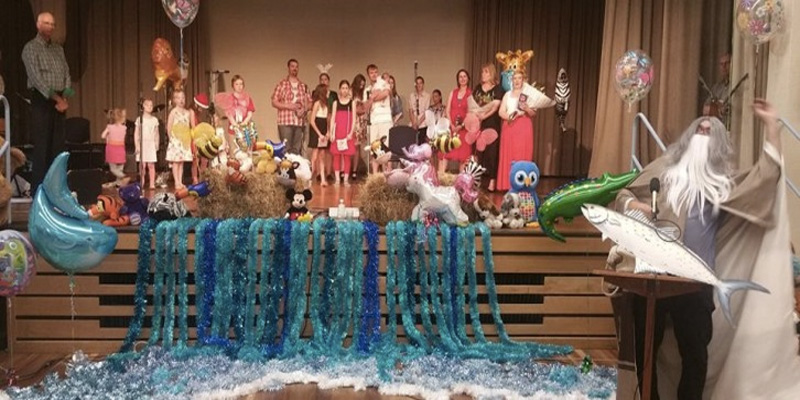 The theme was loosely based on Noah’s Ark, which accounted for the abundance of stuffed and balloon animals as well as the impressive cascade of tinsel ‘water’ flowing off the stage. Pastor Justin was looking quite ‘bible characterish’ in his Noah costume but could have easily been mistaken for Gandalf the Grey.

The local house meetings performed group items which gave everyone the opportunity to be involved and there were many items from the children.

One of the Sunday School items A housemeeting performing an item