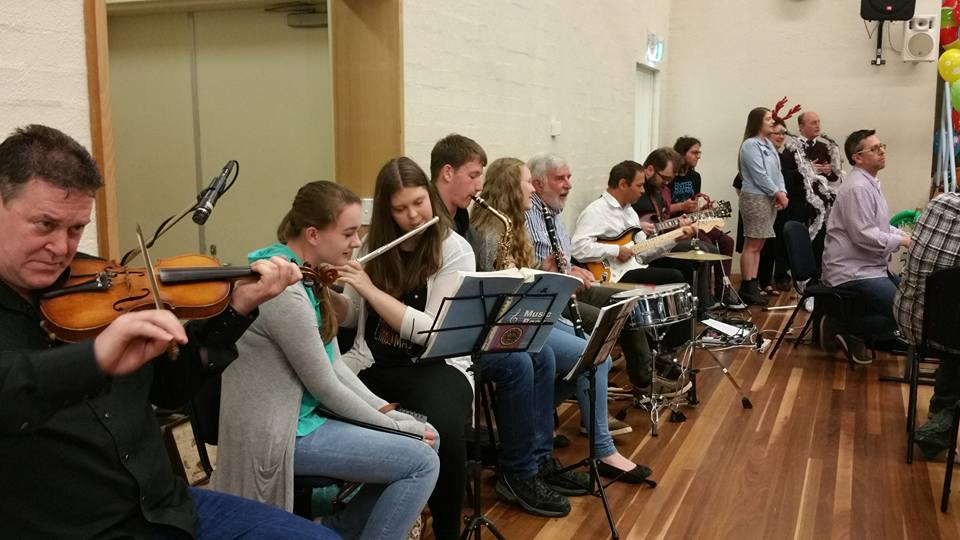 The Melbourne Southern Assembly gathered for the final meeting for the year in the Mt Eliza Community Centre last Sunday. Everything was packed into the meeting including the Sunday School Book Presentation, Sunday School play (the story of Gideon & the Midianites), a sterling talk by Pastor Ian Pask, communal afternoon tea and singing items from the local house meetings and other artists.