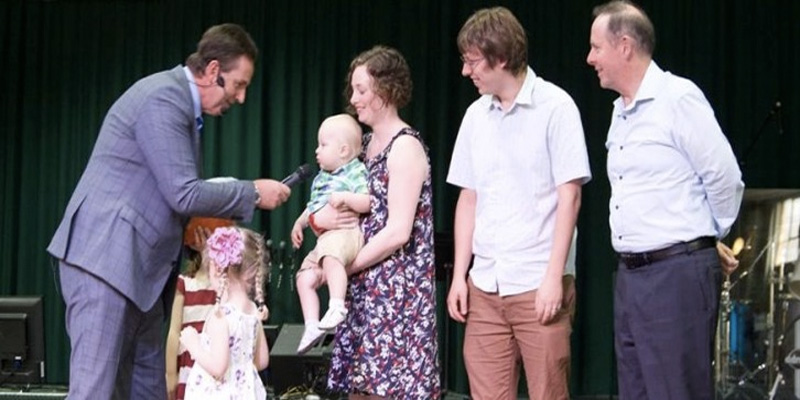 The Melbourne Assembly at Box Hill recently held their Sunday School Book Night with a meeting devoted to children.

The meeting included looking into the scriptures, listening to a talk on what the bible says about bringing up children in the church.

Families were welcomed up to the stage to accept CD’s and books, then were entertained with a video of what the children had been up to over the year.

A big thank you to Hilary Travers for running the Sunday School and all the helpers that offer their time weekly to teach. A family up on stage to receive their parcel Entertainment from ‘In Achord’