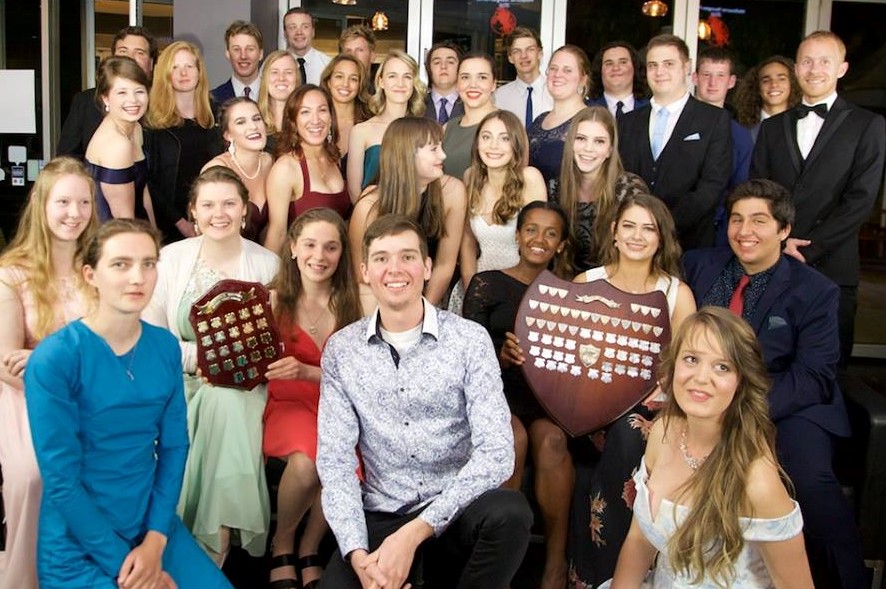 Team Ignite take out the Shield of Faith.

A Saturday evening in the ever so quiet but eternally windy Docklands brought out our best and brightest in their tallest and tightest to celebrate another year of fellowship at the annual Young Peoples Formal. We met at the Watermark, right on the waterfront boasting views of Melbourne’s most well-lit bridges and a setting sun casting orange and pink lights over the haze of grey clouds. The evening was set to be a bright one, with nervous smiles becoming joyful ones as friends met friends, posed for their photos and spun their way in to the night.

It was our night of nights, showcasing a year of activities and achievement, dancing and eating to our hearts’ content (mains were steak and salmon, for the culinary curious). Of course, no formal would be complete without the sharing of a few prizes and awards to acknowledge the year as it’s been and the many young people who stepped up to do their part for their team.

Throughout the year, the teams Power and Ignite competed to add points in their running towards the highly esteemed Shield of Faith. It seemed an even spread throughout the night, Power won the Battle of the Bands, Ignite won the Sports Nights, Power won Masterchef, Ignite won the Bake-Off but in the end the Shield of Faith was awarded to the southern team of Ignite, led by the fiercely capable Jordan Vanderstadt, Samantha Pattie and Maddy Nankivell.

A huge thank you and congratulations, of course, to their opposing team Power led this year by the dedicated Jessica Bitt and Jack Drummond. It’s been a fantastic year and would not have come together without the tireless effort of all our team captains and their effort should be recognised and applauded.

A further and louder applause goes to our Youngies Leaders Alex Pal and Axel Vanderstadt. They guided the captains through the year, organised uniquely fun events and kept smiles on their faces all the while, despite all the hard work and hours and late nights they gave up along the way. Thank you both, your work is appreciated.

We couldn’t let the night go by without perusing the room, scanning for our best dressed. A full skirt of blue and white, flowing from a finely structured off the shoulder bodice adorned our best dressed lady. Well accessorised with modest navy heels and long, flowing, luscious curls, Maddy Nankivell took out the prize and worn the inflated crown. Our best dressed man had traveled from far from the southern island, Tasmania. If only that were enough, alas he shone further still with a sharp suit of blue and a tie – pocket square combo in burgundy stripe. Congratulations Sam Maskell, who also worn an inflated crown. They were indeed a photogenic pair.

The highlight of hilarity for the evening was the music video compiled by the talented Brendan Kay starring our fearsome leaders Alex and Axel paying homage to Zoolander’s stars Derek Zoolander and Hansel respectively. They danced to Jitterbug with their Starbucks’ treats with the help of Paul Leeson and Luke Stewart and stunned with their catwalk skills in the style of the classic walk off. Well done, gentleman. Your boldness is applauded and appreciated.

Thank you to all the Young People and assembly folk who joined us for the formal. It was a bright and beautiful night for young and old and a fitting end to a fun year. Look out for 2017, we’re all looking forward to another year of laughter and praise. 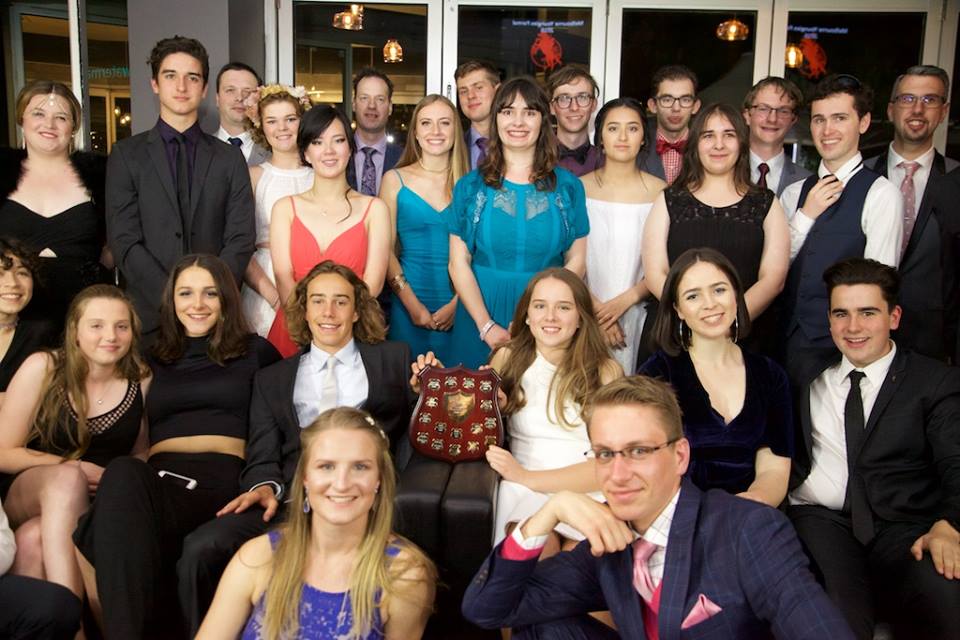 The Team of Power were Runners-up this year. 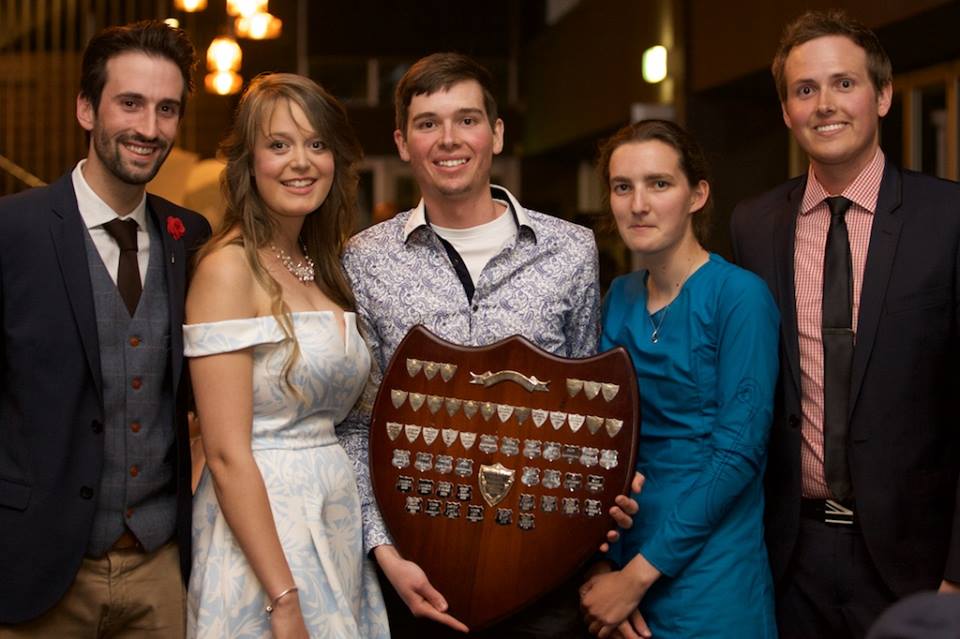 Ignite Captains with the Youngies Leaders. 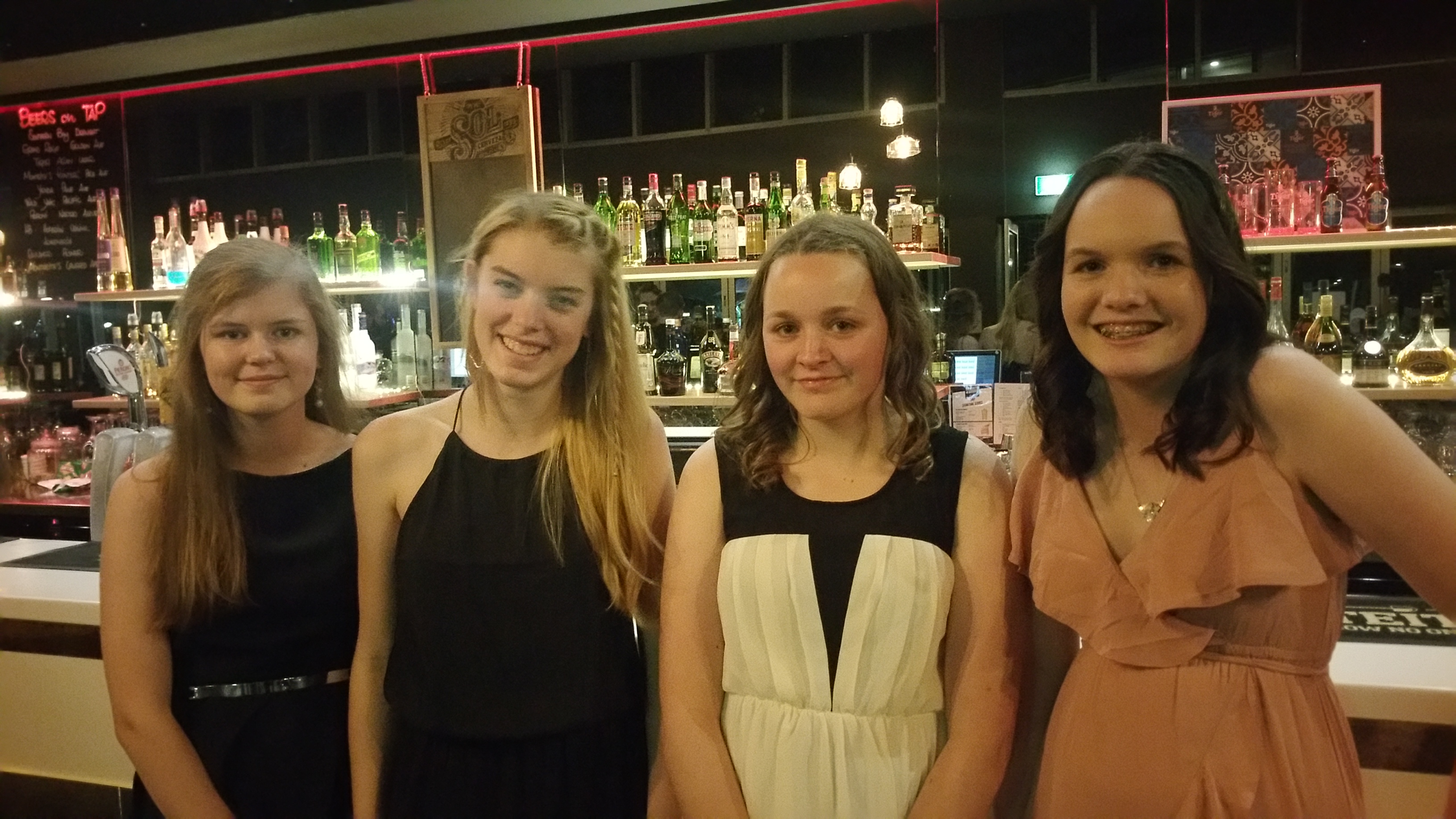 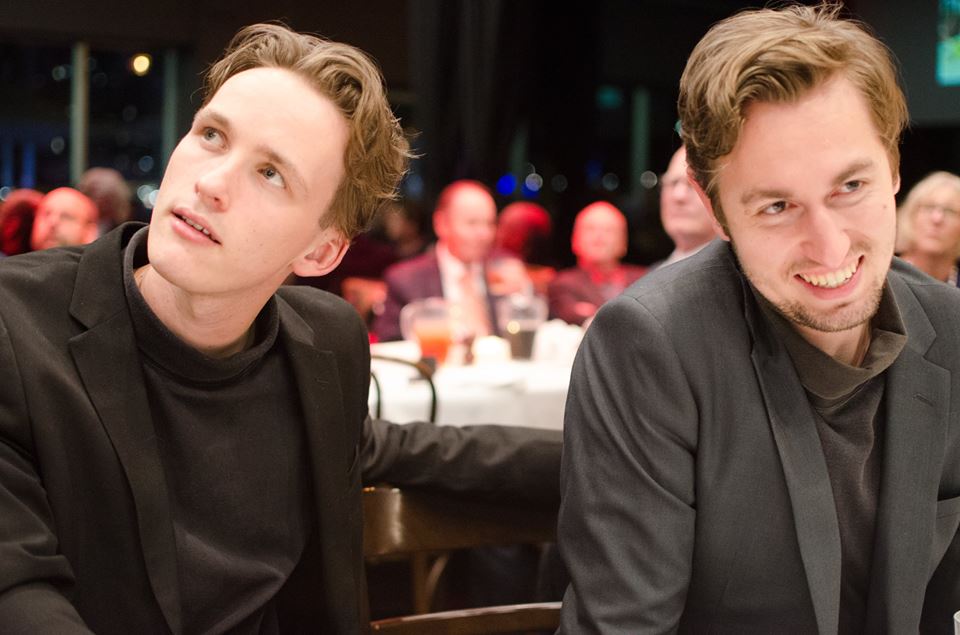 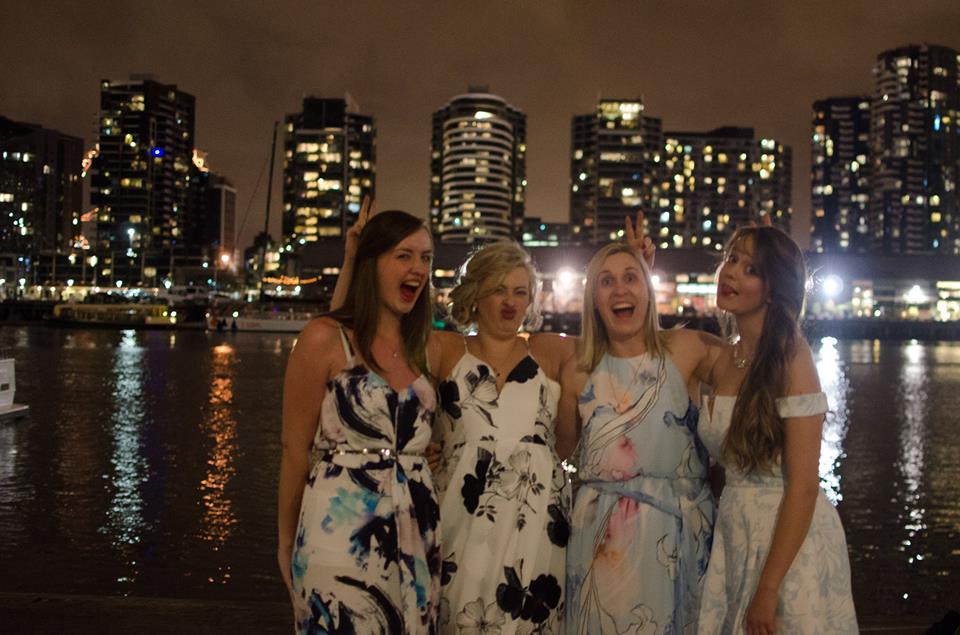 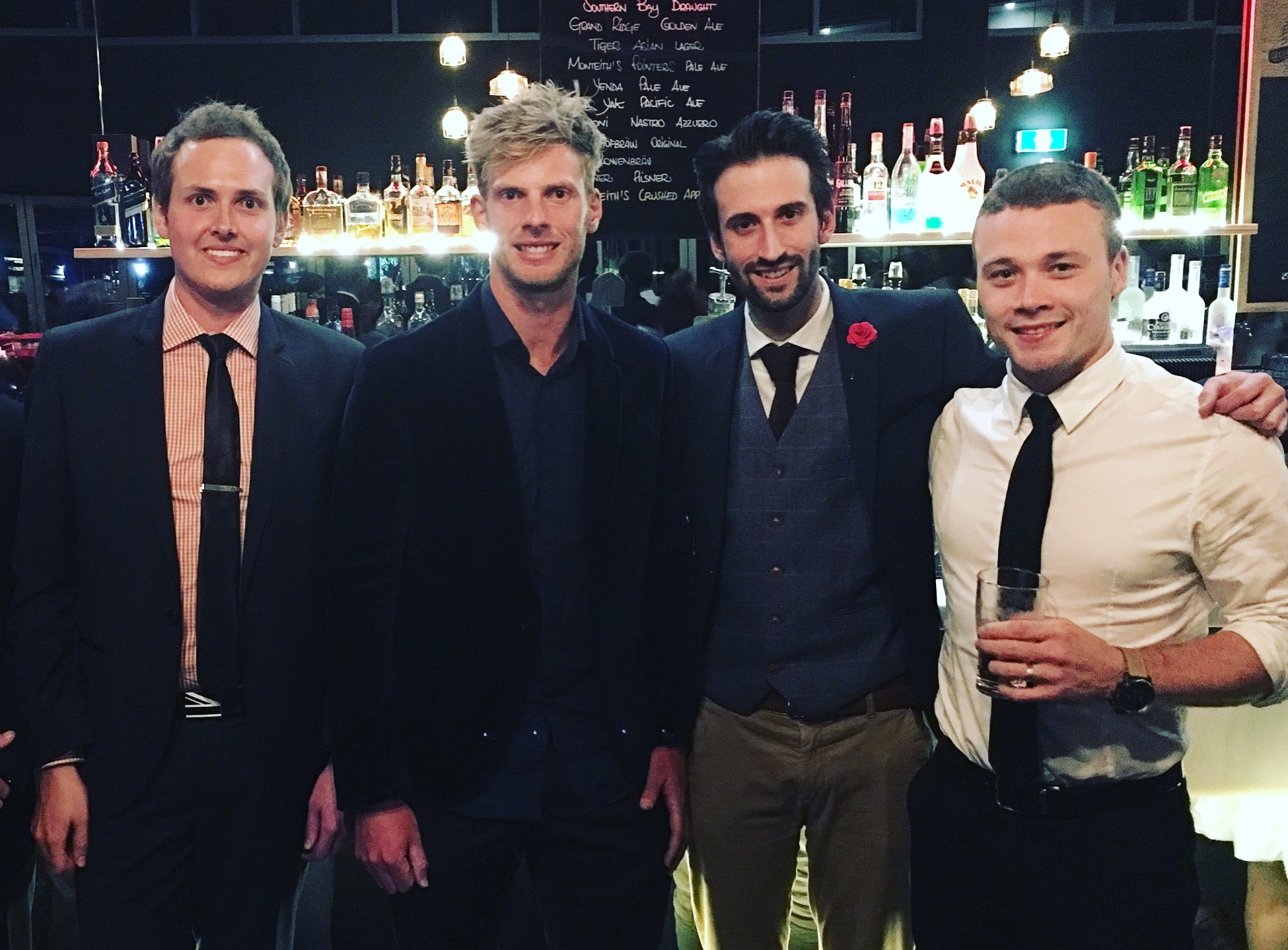 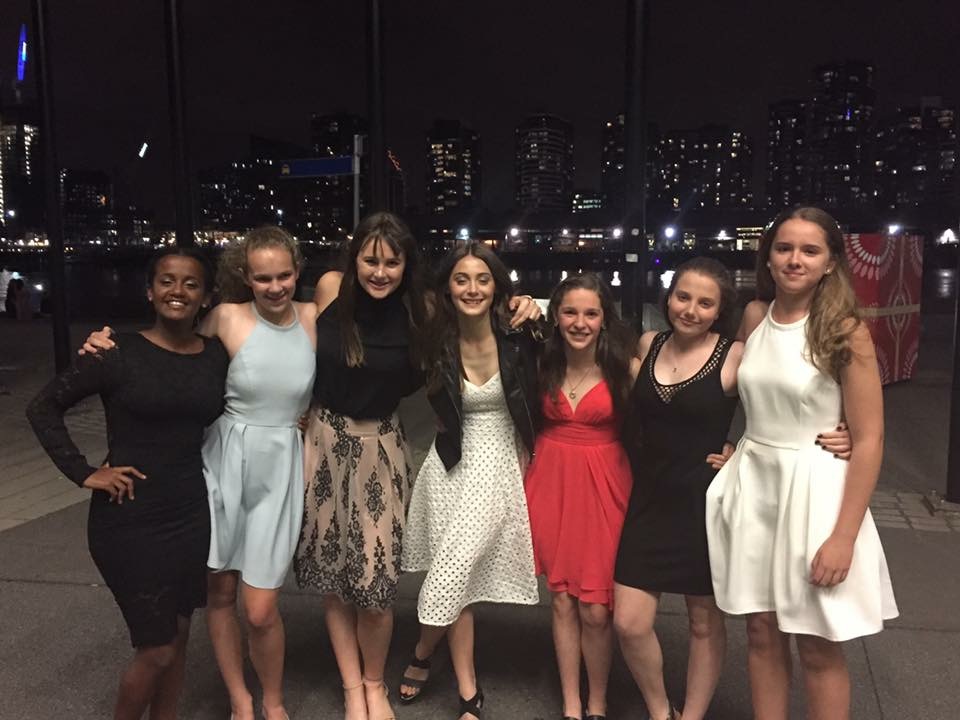 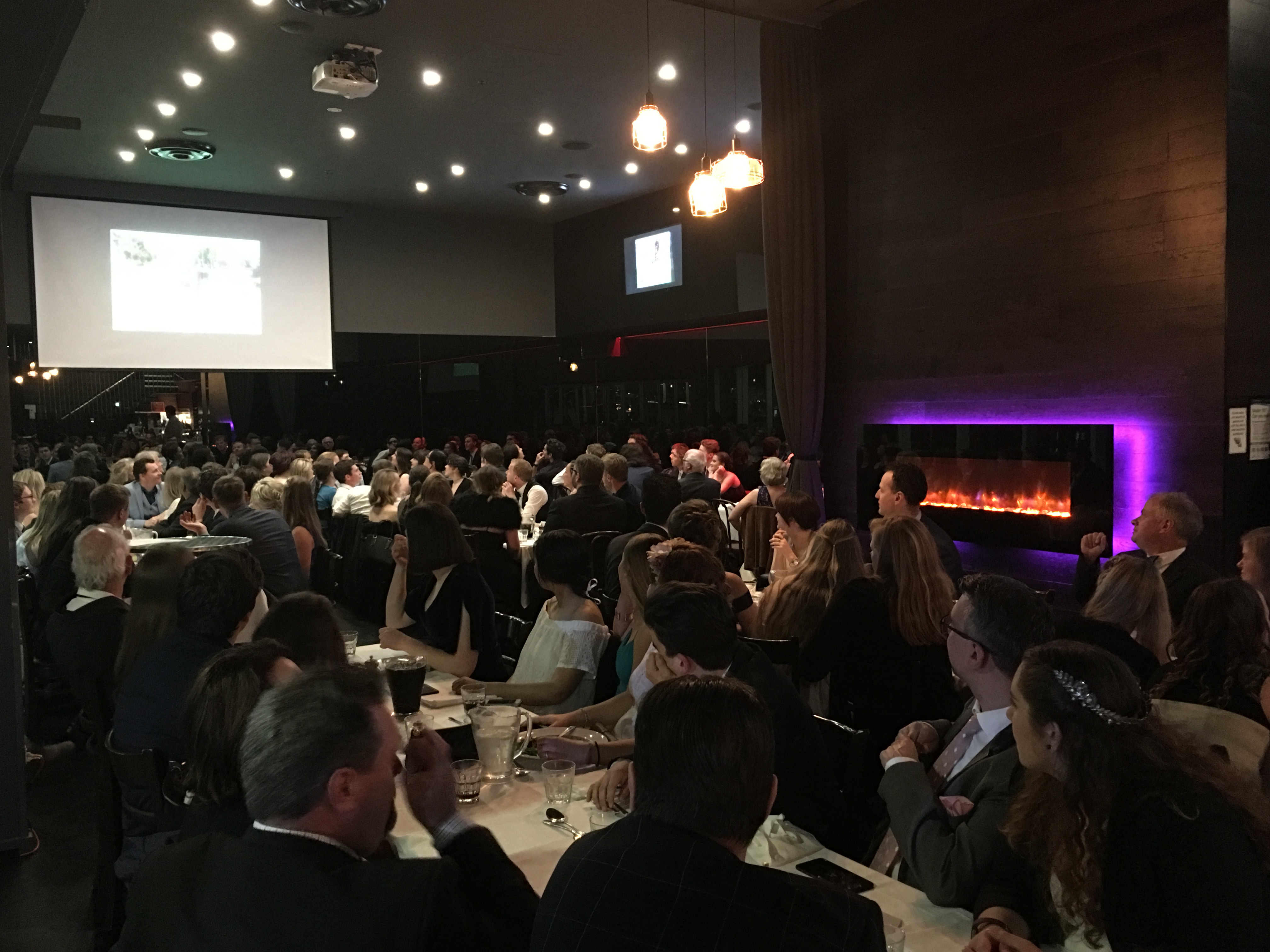