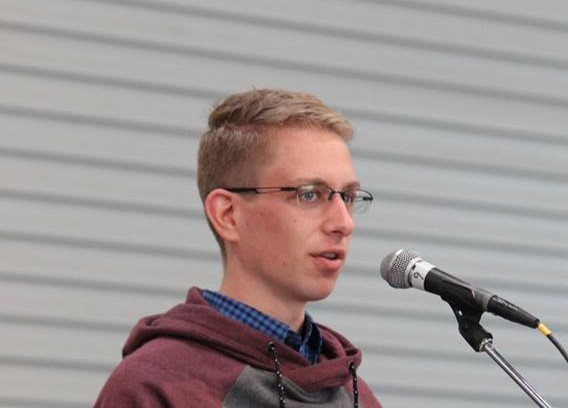 For whatever reason, growing up I always believed there had to be a God despite not being raised to think that way. I considered myself to be a Christian but wasn’t all that different from other people. It just so happened that I went to high school with someone from Revival Centres. One day we started talking about God which compelled me to take action on this faith I had. I believed that the Bible was the word of God and that if there was any source of authority to instruct one in how to be a Christian, that it was it. I didn’t want anyone to tell me what to believe, so I obtained a Bible and began reading the New Testament on my own and was excited to read about a God that answers.

As the Bible instructs one to do, I was baptised and sought for the Holy Spirit. I had this overwhelming feeling that I did the right thing; this was why I sought the Lord after all – not because I wanted anything in particular, but because it was right! From then on I gained a confidence that I can live the way God wants me to; the Holy Spirit gives one the capacity to overcome temptation.

As someone engaged in scientific research, God’s creation never ceases to amaze me. There have been so many times that I was sitting in a lecture at University and thought to myself “Wow, my God did that!” In fact, the three greatest unsolved problems in science are: the origin of the universe, the origin of life, and the origin of consciousness. But the Bible has the answer to all three: God spoke, and it was so! I consider myself very blessed to have an understanding of the creation and have a relationship with the creator.

God has injected purpose into my life and has given me a wonderful family, i.e. the Church. Life sends a storm our way every so often, but the Lord is our strong foundation through it all; he is always with us! No matter what we do with ourselves in life, we will still pass away, but God has promised the gift of eternal life for his people – something the world can never offer nor take away!