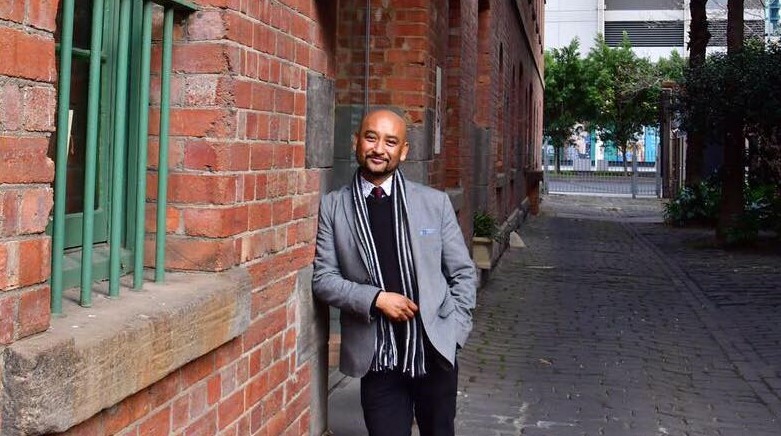 I was a full time DJ and night club promoter working for several of Melbourne’s night clubs when I decided to get baptised. That choice changed my life for the better far beyond anything I ever dreamt or imagined was possible.

I had reached a point in my life where I had lost all my faith in any sort of religion or belief. My mother was a faithful woman who had received something called the Holy Spirit, but I never was interested in her experience or the church she attended. When she died of cancer, I wondered how she could have remained so faithful and continue rejoicing in her God until the day she died. That left a big question mark in my mind about God.

I also saw the hypocrisy of many churches and alternative religions and how they were saying one thing whilst living and acting in an opposite manner. I decided that I didn’t want anything to do with any type of religion or religious people.

One day, I said to God in my heart that I still believed he existed and wanted to only follow him. I determined in my heart never to go to a man made church or religion. I cried out to God saying that I wanted to be good but always found myself going back on my promise to be good. I could see that the problem I had was in my thinking and asked God to somehow change my thoughts to be more like his.

A few weeks later I came home from the night clubs around 5:30/6:00 am in the morning. I was not particularly thinking about God but was contemplating what a good time I had had that night. Suddenly as I walked into my hallway, I began to speak out loudly in an unknown language. I couldn’t understand this language but somehow wasn’t frightened by the experience. I remember having a serene peace and thinking to myself as heard myself speaking out loud that this might be something good and spiritual.

For the next two years I would involuntarily find myself speaking in this unknown tongue and even sought advice as to what this could be without any satisfactory answer.

One day whilst arguing with my girlfriend about her nightmares, she said she wanted to go to church. She wanted to feel closer to God because her night time experiences were frightening her. My brother whom I’d avoided like the plague for the previous 5 years drove into my driveway at that precise moment. I avoided him because he would always preach to me about God which irritated me immensely. But that day somehow, I was different and asked him to take us to church for my girlfriend’s sake. I didn’t think or feel it was necessary for me personally but that it would be good for her.

When we attended a meeting at the Revival Centres Church I was touched and moved by the message. I suddenly felt that I had an opportunity to know God if I chose to obey the bible direction to repent (change my mind and obey God’s directions) and be baptised or to walk away. After 7 months I finally got baptised. The following day as I was praying with some people from church, I began to speak out loud in this unknown tongue again. The people with me showed me in the scriptures that this was the same Holy Spirit experience that the Apostles experienced on the day of Pentecost in Acts chapter 2. It was then I realised that I had been speaking in this unknown language for the previous two years.

I thank God for his faithfulness that I cried out to God to change my way of thinking to his way of thinking and that without any hesitation he filled me with His Holy Spirit with the bible nominated evidence of speaking in other tongues.

Since then the Lord has miraculously healed me on several occasions. One of those was a burst ulcer that saw me lose 75% of my blood in a few hours. After two weeks in hospital and daily blood transfusions the doctors said I needed to be operated on to close the hole in my stomach. An elder prayed for me that night and the next day when the doctors went to operate, they discovered that the hole had been completely healed overnight and there was no need for further treatment or an operation.

Another occasion I had a major heart attack at 2:00 am and wasn’t taken to hospital until 10:00am the next day. The right main artery was 100% blocked and the other two main left arteries were 95% & 85% blocked. The doctors operated on me to save my life but later told me they couldn’t understand how I could still be alive seeing that the right main artery in my heart had been blocked for so many hours. I can see that God had his healing hand on me in those situations and delivered me from certain death.

I highly recommend the experience of turning to God in obedience, being baptised and receiving the Holy Spirit just as the Bible promised with the evidence of speaking in tongues. The joy and peace I experience daily is beyond explanation. Try it for yourself and see.