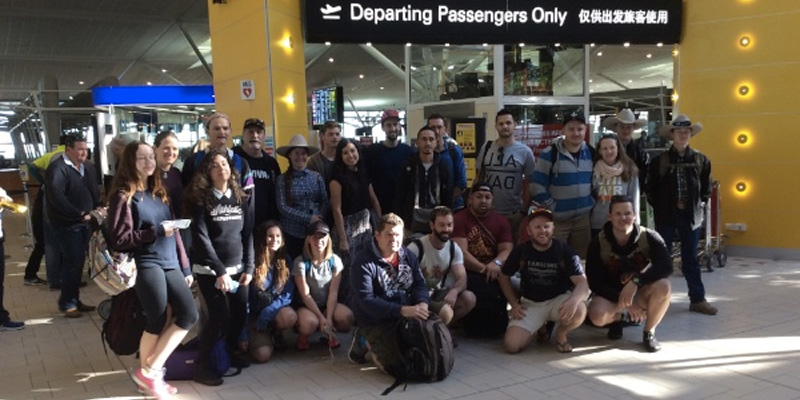 There were 23 who left Australia on Wednesday 8 July 2015. Their destination Madang, Papua New Guinea for the National Youth Rally.

Young People from all over PNG have been travelling for days to arrive in Madang for the start of the Rally. With the arrival of the Aussies and New Zealanders, it was time to meet and greet.

So far 37 people have been baptised, with many receiving the Holy Spirit.

On Monday the group divides into two, with Group 1 heading to Yatsing, (an oasis in the middle of a desert). This group will be living PNG-style in buildings especially built for them. Group 2 stays in Madang until Wednesday, where they get to see local the villages and visits saints in far place in the Madang Zone.

Wednesday Group 1 leaves Yatsing to head to Mutzing, meeting up with Group 2, for a major outreach with invited guests from around the region. After the outreach at Mutzing, Group 2 heads for the accommodation in Yatsing, while Group 1 heads into Lae for outreaching on Thursday 16 July.

Both groups meet up again on Friday 17 July for a major outreach at Nabzab concluding with their flight back to Port Moresby for the final two days of the Youth Rally expedition. Some of the opening rally crowd One of the meetings Some of the 37 baptisms