Prayer and feast in Brisbane

The end of the year is fast approaching and as people say, “where has the year gone”. The Brisbane assembly used the Hamilton Town Hall for its first Prayer and fast for the year and it was used on Saturday for the last one for the year.

Theme was based on the verse from Acts 14:3 “Long time therefore abode they speaking boldly in the Lord, which gave testimony unto the word of his grace, and granted signs and wonders to be done by their hands.”

We hear of a lot of miracles coming out of Papua New Guinea, Malawi and Mozambique so we wanted to hear what has happened in the Brisbane assembly. Two encouraging talks from Kyle Goldsack and Paul Murray led us into a ‘testimony workshop’ where the saints divided into groups and heard from the group, testimonies of the Lord working in their lives. The group leaders then produced a summary to the whole assembly.

We heard of the miraculous, from doctor records of Leukaemia disappearing, eye sight restored, burn victims healed. So many testimonies some bringing tears and others laughter. It was a joy to hear the stories of courage and removing the doubt and fears in people’s lives and were reminded of the verse Revelation 12:11 “And they overcame him by the blood of the Lamb and by the word of their testimony, and they did not love their lives to the death.” 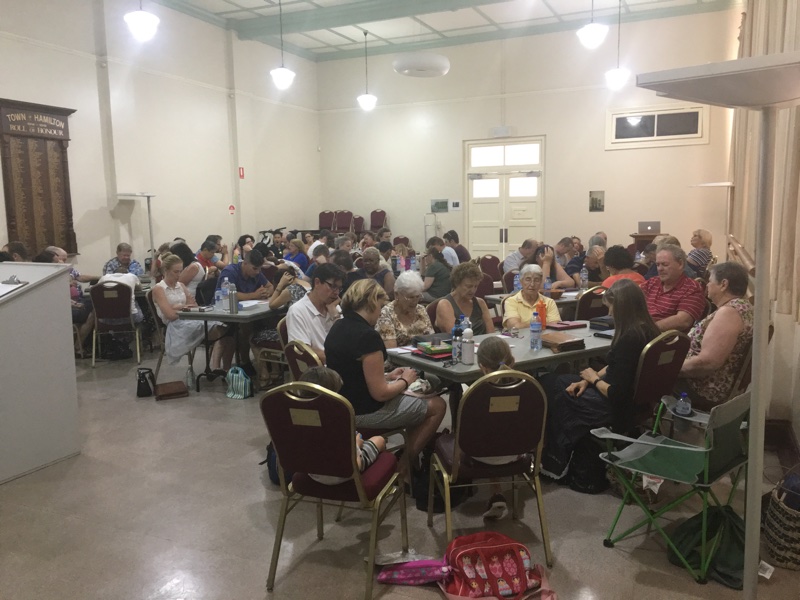 The prayer and fast was broken by an afternoon tea where more stories were exchanged. A great day of fellowship.

The assembly is in the last six weeks of fellowship before the Christmas Camp journeys begin. However before that starts we have the annual children and rangers presentations. The plays and skits and songs and books and rangers trophies is always a delightful Sunday. The Youth Group is hosting the World’s largest Christmas Party  for their end of year breakup – (hope the invitation is in the mail).