The Spirit is Moving Again

Simon and I are on board an Air New guinea flight after thirteen days, 7 hours and 25 mins (near enough), of an extraordinary time in Papua New Guinea – the land of the expected unexpected.

Our return road trip, started in Wewak travelling through Aitape, Payawa, Lumi, Yangkok, Yiliwombuk, Maprik, Yambiko. This circuit was just under 800 kilometres. Thousands of potholes; bridges without planks; rivers without bridges; mud slicks; landslides – all the result of a tropical rains that constantly devastate travelling. With dogs that runout; pikinini’s on the roads; abandoned vehicles in the middle of the road; 18 hour days with no downtime! All in all – what an adventure! A road trip that I’ll never forget!

Eight Zone Pastors travelled with us and witnessed many healings, miracles, baptisms and moments of inspired ministry – Hall openings; ribbon cutting; sharing food, mosquito repellent, and fellowship! At least 5,000 hands were shaken. There were moments that were deeply emotional and times that were intensely uplifting! The singing; the power of God; the building of unity not only helped those we visited but those we travelled with were energised as well.

Simon and I were also the guests of honour at a Revival Centre wedding in Maprik, which was delayed an hour because we were running late opening two centres. It’s hard to walk away from so many that just had to shake our hands! Amazingly, the bride and groom even came to an outreach early in the morning before their wedding – now that’s dedication!

Thus far 30 people had been baptised and Spirit filled. Completing our road trip and arriving back in Wewak it was now time to open their recently built meeting hall. One of the best I have seen in the country. It was designed so that it can be expanded as the Church grows – they had outgrown the old one.

On the Saturday at the Wewak opening 35 people were baptised and a person who had already been baptised received the Holy Spirit after prayer. A local community politician who gave a glowing report of “our” Church responded when Pastor Simon publicly challenged him to get baptised – he did and received in seconds when baptised later! The weekend was concluded with Sunday communion where we witnessed a person who had been in the prayer line the day before walking unaided after being healed! There were four more baptisms! What a day, what a God, what a Church, what a blessing!

70 people have been added to the Church. 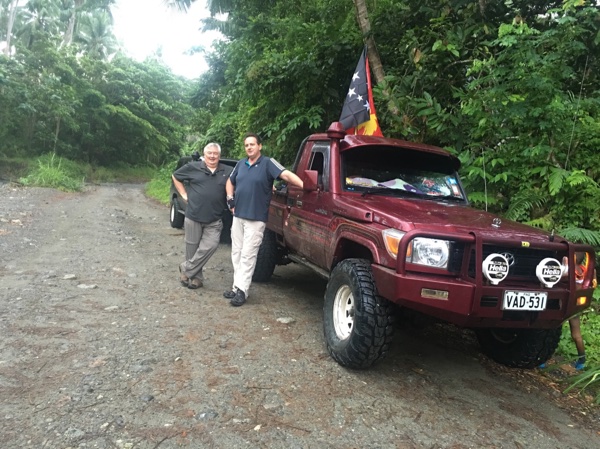 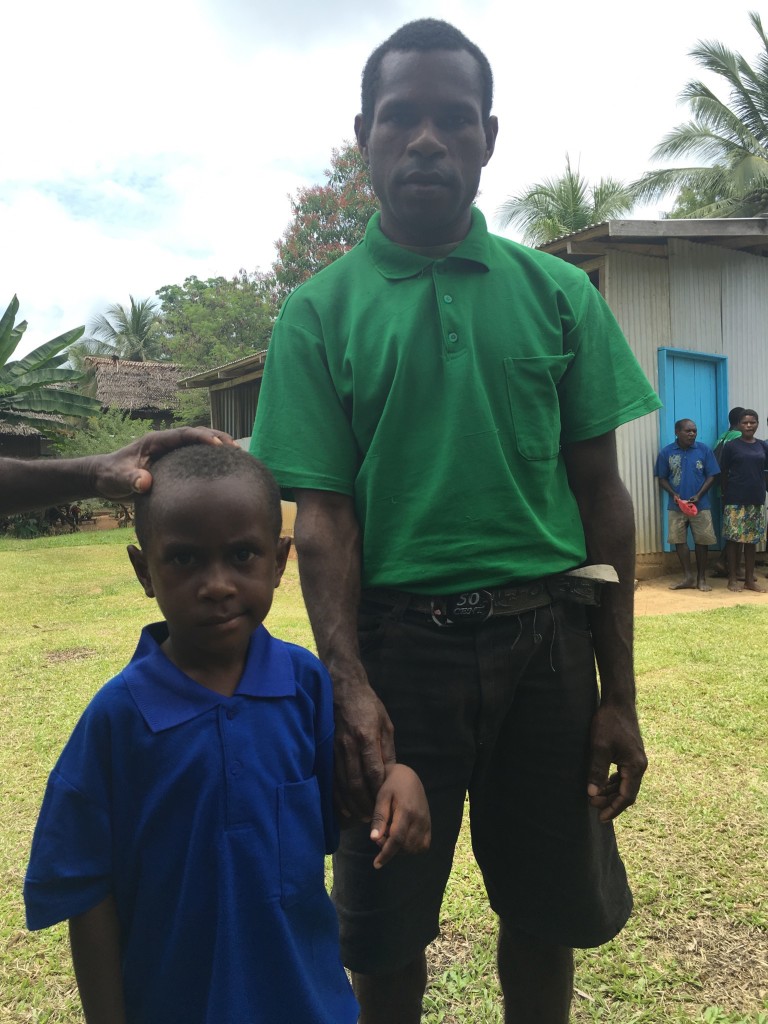 Jenny with her dad, healed now able to walk 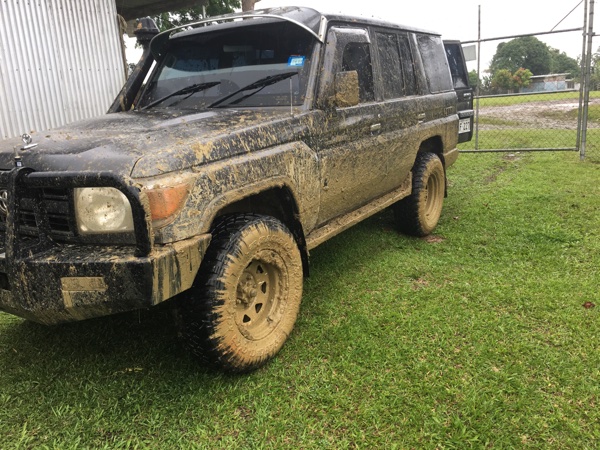 The car we drove was covered in so much mud 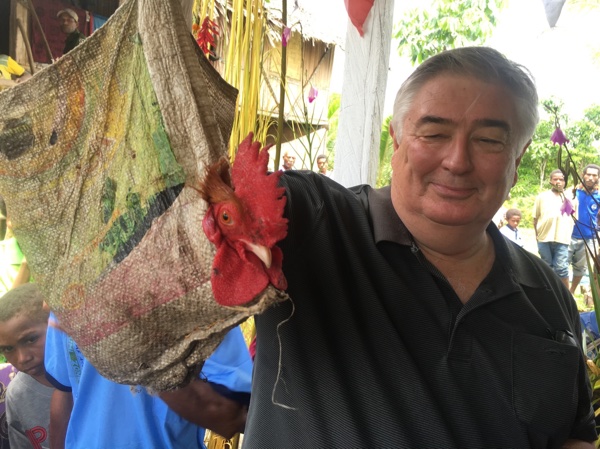 Now what am I to do with this gift 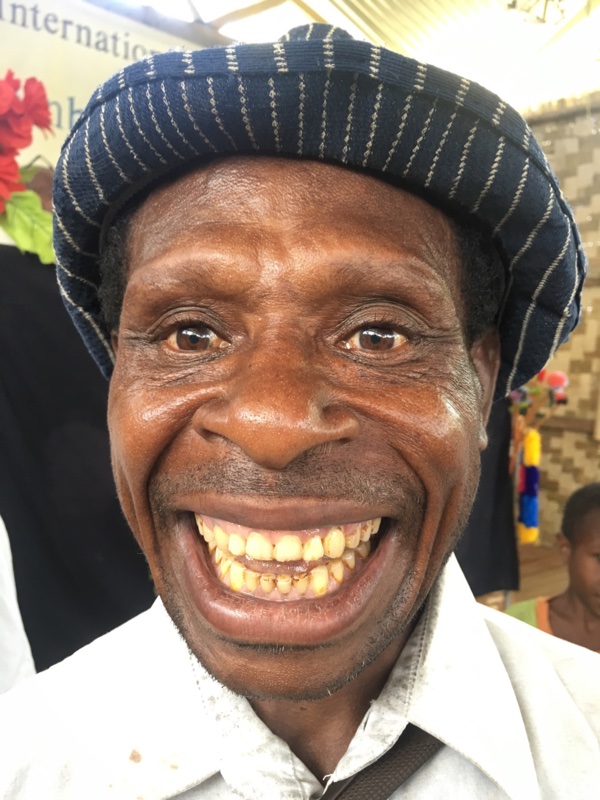 The happiest man in PNG 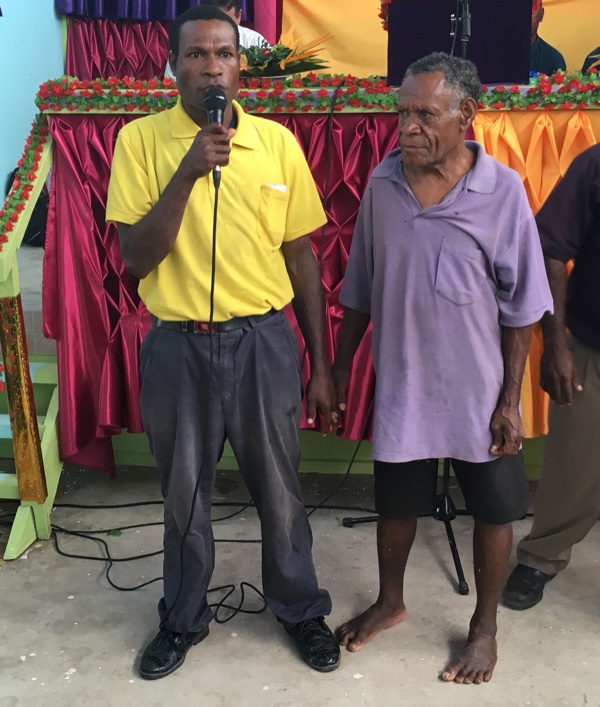 Could not walk without the aid of walking sticks. Walk into hall after baptism and receiving Holy Spirit 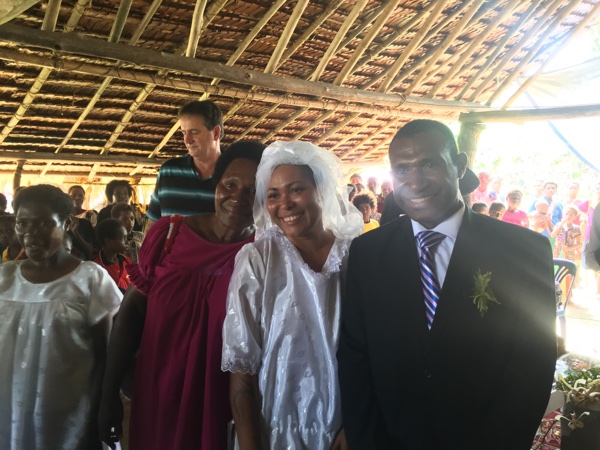 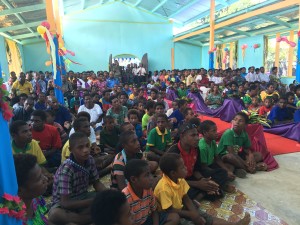 Children of the Wewak assembly 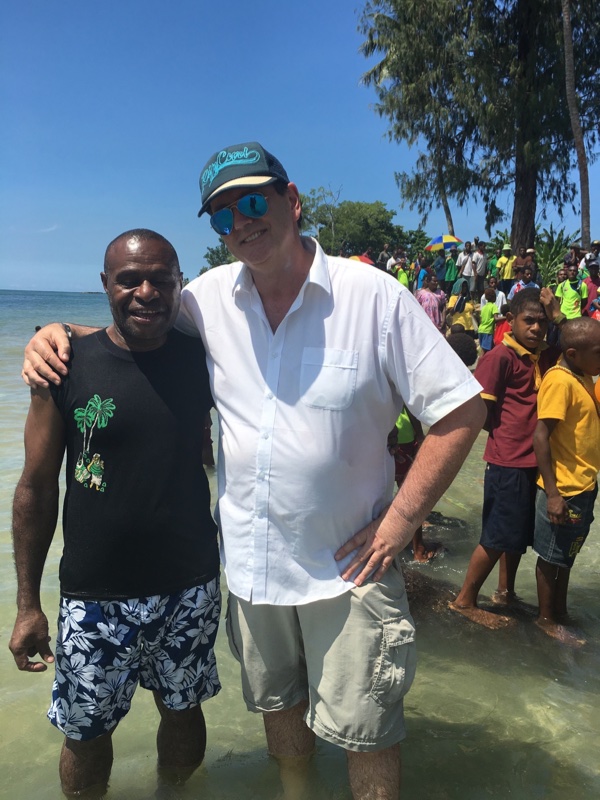 David the Councillor after baptism