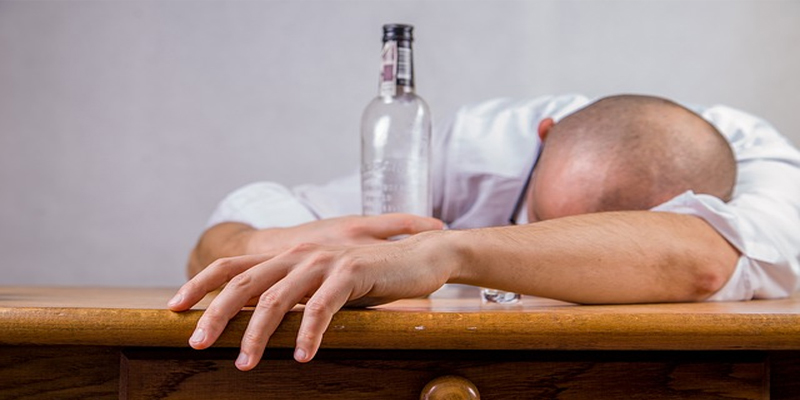 Ian – life of misery turned around

In 1963, when I was 15, my parents died. My brother and I slept under bridges and lived on the streets, getting by as best we could.

At 18, I was already drinking at 7am, often instead of food. I just couldn’t go without a drink. I would frequently drink all night and go to work in the morning drunk.[/two_third]

After I was married, my wife left me three times because of my aggression while drinking. I promised I would stop drinking if she came home. I tried, but I couldn’t stop. I drank even more heavily, I would rather have a drink than anything else in the world. Nothing mattered but another drink.

After my wife left me for the third time, I realised that the problem was me.

I used to pray… “Lord, send me someone who can show me what I had to do to be right with God and to give away alcohol”.

I hated myself for what I had become…

I hated myself for what I had become. I stole the family housekeeping money to buy wine, often drinking two wine casks after the beer ran out. Our house had been repossessed, I couldn’t hold down a job, we were evicted for not paying rent and we had cars repossessed.

A friend got me a job where a workmate told me that God was my only answer. He prayed with me and I received the Holy Spirit, speaking in tongues. In that instant, I knew that I would never drink again. That was in 1980.

Both my wife and I were baptised as a result of this – our marriage was miraculously restored.

life of misery and hopelessness turned around

Our life of misery and hopelessness was turned around by a God who answers prayer. Linda – was told it was
the cross she had to bear

My husband Ian was an alcoholic. His aggression destroyed any self confidence that I had and I was never able to trust him.

He became very possessive and threatened me physically if I left him. I sometimes saw him cry and cry – hating himself for what he had become. I was trapped with two young children, where could I go? Through it all, I still loved him. The children were afraid of him and would avoid him.

We were constantly being evicted – unable to pay the rent, we seldom had electricity and never had a phone.

The churches we approached told me that “it was the cross I had to bear”.

I was sceptical when Ian was baptised. I had been let down so often before, I was expecting this might last only a week or so like every other time he tried to stop drinking.

both of our young children hugged him…

The morning that Ian received the Holy Spirit, both of our young children hugged him – such a change in his manner was apparent. He has never had another drink.

The Lord healed our marriage, gave our children a father and restored my trust.

The miracle that was only ever a dream. I began drinking socially for relaxation. Over time I drank more and more and eventually didn’t care about socialising, just drinking.

Nick-named “the drunk”, I thought: If I don’t drink, what else would I do. So I drank. Why shouldn’t I?

I knew that I drank a lot, but never considered myself an alcoholic. Until I tried to stop.

I began suffering intense withdrawals. I was sick, unable to keep down food or fluids, any noise became extremely painful and I started to get jumpy at objects appearing in my vicinity. I couldn’t walk unaided, having lost my sense of balance.

The pain was intense – I imagined what it must be like for someone with D.T.s.

I only lasted two weeks…

I only lasted two weeks and I started drinking again, just as heavily as ever. Apart from rent and subsistence, all my money went on beer. Breakfast was now 2 or 3 cans of beer to stop my hands shaking. I carried a mouthwash to cover my lunchtime drinking. My life had been taken over by my craving for alcohol.

A workmate told me that if I was prepared to be baptised by full immersion in water, as it was done in the Bible, then God would prove himself to me. Nobody had ever told me about a God who was provable.

I felt a calmness that I had never experienced before…

I prayed and received the Holy Spirit, speaking in tongues. Immediately, I felt a calmness that I had never experienced before.

the desire for alcohol left me completely…

I never had another drop of alcohol. The desire for alcohol left me completely, no withdrawal pains, not even a headache.

This pamphlet was produced circa 1998 by Revival Centres