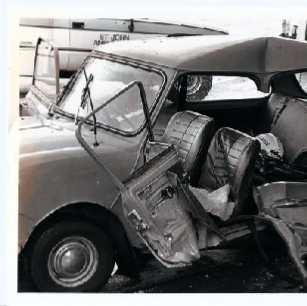 This is the standard template for a testimony. The testimonies appear on specific pages used throughout the site. They also appear on your assembly page if you have one.

The content is about 200 to 400 words at most. It is a testimony, it is the personal story of someone in their own words (but edited for grammar and style). It’s not promoting any doctrinal view (there are other places for that). The assembly name is not needed because it will show as the Author of the post.

As best we can, it doesn’t use Revival Centres jargon – it uses clear and direct language that someone who doesn’t know anything about us could understand.

It has a Featured Image added that is 800×400 pixels, with the person’s face in the middle of the picture and some space in the photo around the face (because the image will be used in other places, cut differently). This means you should take your photo in landscape mode, so you have plenty of image on the left and right of the face.

It may have more photos that specifically illustrate something relevant to the testimony (eg car crash picture, x-ray) but only if necessary and only one or two at the most. Each one of these will be up to 800 pixels wide, but may be smaller widths. The length can also differ. If the image is smaller than 800, it will need to be centred.

Each image will have a caption, created by using the “Add Media” button when creating the post. Alignment is set to “none” (unless the image is smaller than 800, in which case it is set to Center), the alt text describes the photo; the caption will show on the post; the link will be set to “None” and the size will be set to “full” (because you have already made it the width up to 800 you want). Add one to three direct quotes out of the text of the testimony. The quote is to be made first (i.e. before it is used in the story). For example:

I spent a lot of time avoiding the police, but when I was in the drug den I thought I was going to die, or at least be locked up. Then… (etc).

The above quote is made using the <blockquote>text</blockquote> codes. See your detailed instructions. When putting text in, do not use any quote marks. The large double-quotes at the start are inserted by the blockquote code itself, and there is no trailing quote – it’s a style/presentation thing.

If writing a number under ten, write the number out as words, e.g. “I lived in the drug den for eight years”.

Although this post has internal headings, you won’t need them – your story will be short enough.

It has no tags added. If you think the testimony relates to an EXISTING tag, you may choose it. Don’t create new tags. We will do that if necessary.