We just arrived back from the latest trip to Malawi. There were 10 of us from all across Australia that went; the group was headed by John and Gilbert Nayna. For most of the trip we had 9 Malawians traveling with us: Pastor Nelson (Head Pastor in Malawi), Pastor Eric, Pastor Dickson, Pastor David (new and first Pastor in Zimbabwe). As youth leaders and interpreters, we had Francis, Innocent, Albert, Ruth and Christina, who are all youth leaders in Blantyre and are involved in the choir.

The team we travelled with were incredible, on this trip we covered about 3,000 Km’s over 2 weeks so there was a lot of driving time. The bus was always noisy, either filled with spiritually uplifting conversations surrounding scripture and our walk with God, the beautiful voices of the Malawians singing spiritual songs with true passion, and sometimes (if they’re lucky) the Australians and the one from NZ trying their best to sing praises to God. The team grew very close, connections were made, questions asked and wisdom shared. 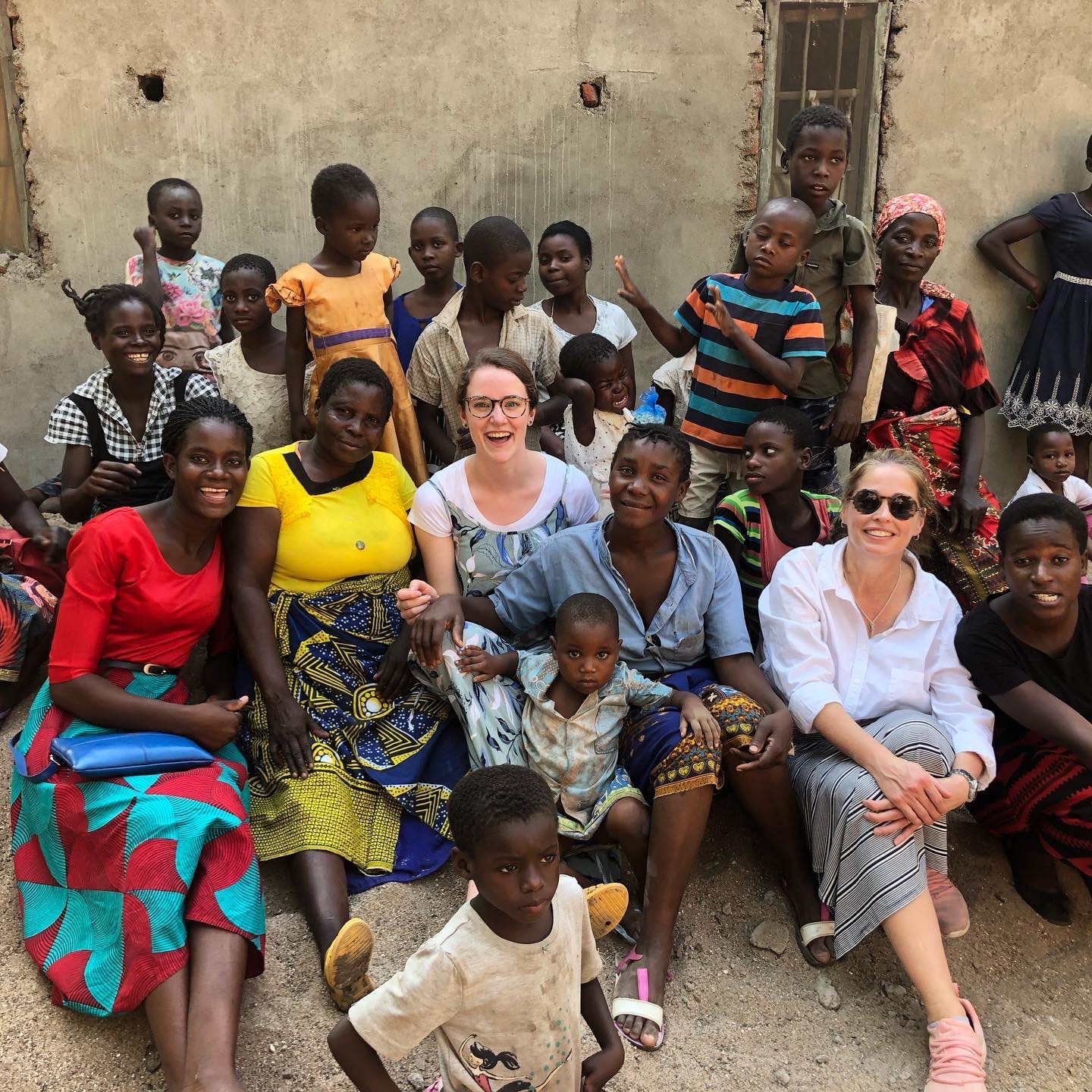 We ended up visiting about 14 assemblies during our stay. All with varying degrees of newness, but all filled with people who love God. During the meetings we heard choruses sung with absolute passion, testimonies were shared from the assemblies and from our own group. Some of our guys would give an encouraging talk, which always felt inspired. They then held a prayer line (on Sunday’s we had communion and the spiritual gifts prior) and the Pastor’s from the area would pray for the people, the guys we were traveling with would join in if there were many to be prayed for and this happened 9 times out of 10.

When the meeting closed, the men often had an officers meeting with the Pastor’s of the area where they discussed scripture, being a shepherd and the practicalities of running a meeting. While they did this the rest of us would speak to the women of the church, either sharing testimonies, gave encouragements for their walk or answered questions. While chatting with the women we were given opportunities to pray with people who had not yet received the Holy Spirit and were willing to, or asked prayer for a healing. Through these conversations we were able to understand their lives better and the issues they face.

The meetings were absolutely incredible, often the prayer line would go for 30 minutes. We saw many people receive the Holy Spirit. At one meeting there was a group of children, ranging 7-11 years old, all who went up for prayer to receive the Holy Spirit. The pastor’s explained what they were doing and then proceeded to have prayer with them, all of them received and spoke in tongues. It was a really touching moment to see. We also saw healings. While at a new assembly we had a woman come up to us and she told us she had sore eyes and we could see cataracts in her eyes, we asked if she’d like some prayer and she said yes. We had prayer with her and when she opened her eyes again, her cataracts were gone and her eyes were clear. It’s amazing to see what God can do.

Other than the meetings there were many exciting things happening. The people in our group, predominantly Glenn and Michael, took every opportunity to tell people about God and there were many that received the Holy Spirit because of their diligence. While on the way to a meeting we had to avoid a political riot that was still going on in areas, there was tear gas and riot police out. Luckily we found the meeting amongst the chaos, and could share some encouragements with them. 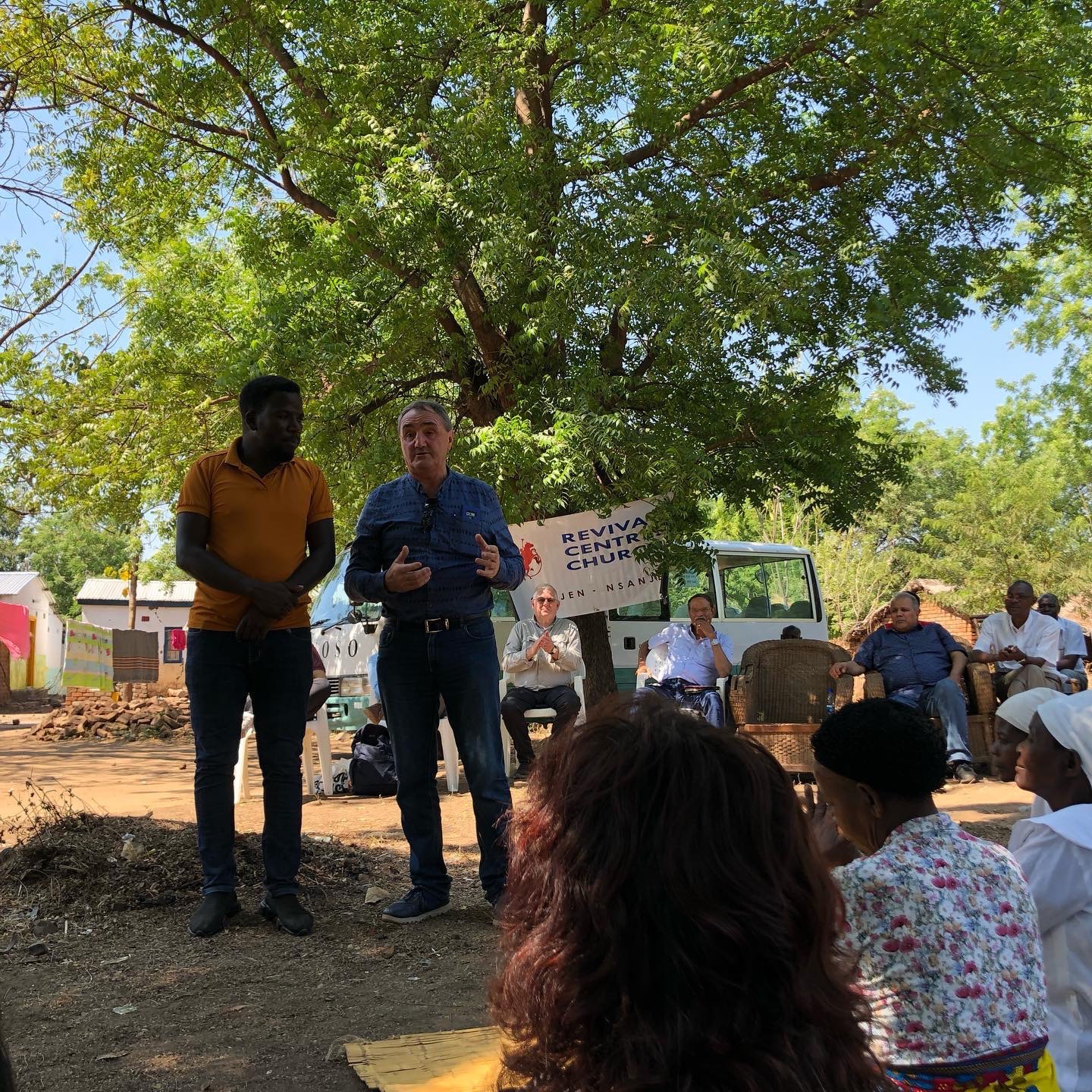 The ladies in our group were taught by some local women how to cook a traditional meal called Nsima, it was super difficult, and as soon as they heard Grace was getting married, they were adamant she had to learn. On this trip there were a few rest days booked in the itinerary, however there was too much opportunity to tell people about God and everyone in the group was excited to do so.

Once our Malawi stint had ended, we went to Johannesburg for a few days. Our stay there was extended so we could meet an old friend of John and Gilbert’s, Victor, who was interested in the Holy Spirit and his wife Juanita had already received the Holy Spirit. They invited us to their family home and after sharing our experience of receiving the Holy Spirit and what God had done in our lives the family there was happy to have some prayer.

We prayed together and Victor and another family member Vaughn both received the Holy Spirit and spoke in tongues. The whole family was very excited, as were we. They were both baptised later that night in our hotel pool, and we were able to have dinner together with more of the family. All of us were happy about what had happened, and the other family members were very interested in the experience. It felt like we were having our very own Cornelius moment.

In total there were 143 baptisms for the trip and we estimate 200 Spirit filled. This trip was not a numbers game, because every soul counts, but they do help to explain how astounding God’s work is and the miracle of the Holy Spirit.

This whole trip was a reaffirming experience. It reminded us that God stands by his promises and his Spirit is still moving on the Earth. There is still a lot of work to be done in Malawi. There’s a huge number of assemblies there, all with varying challenges and there are geographic difficulties in reaching them all. It’s good to know of the work that’s happening over there, please keep them in your prayers.