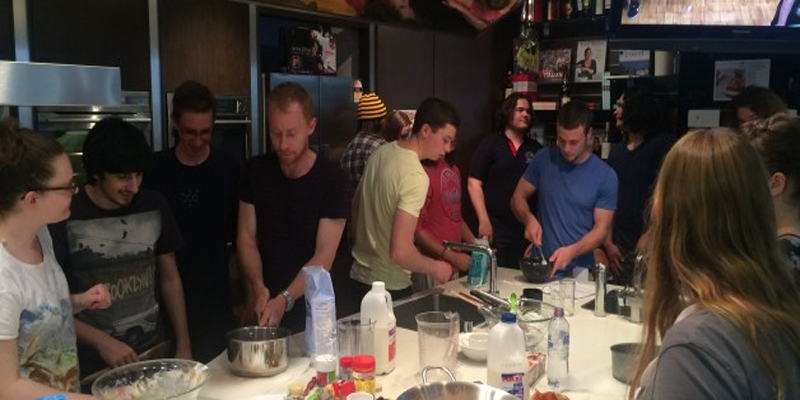 The Melbourne Youngies met at Camberwell Electrics on Saturday to test their culinary skills in the kitchen showroom. The teams of Ignite and Power were both given four recipes to create their own culinary masterpieces to then be judged by the fearless leaders. The taste testers had to, in turn, master their own fears and phobias revolving around the interesting and often questionable handling of food…! The cooking kicked off and it was instant mayhem… bowls everywhere, not enough cake trays, no measuring cups, chaos!

The teams banded together and had a lot of fun with some completely changing the recipes. When it came to serving time there were some hidden chefs in the teams who served up some true ‘Masterchef quality’ dishes. In contrast to this, there were some interesting combinations such as Chocolate Cake with cream cheese chunks… this is what happens when you over whip the cream.

The Youngies leaders tasted the dishes, then complimented the teams on their efforts with the winner of the night to be announced at the Youngies Formal later in the year. This was a great night with many newcomers joining in and visitors from the country assemblies. All in all an enjoyable night. Some are dressed for the occasion One of the best served dishes of the night Team Power cooking one of their dishes

Not quite sure what’s going on…