PNG – still the land of the unexpected 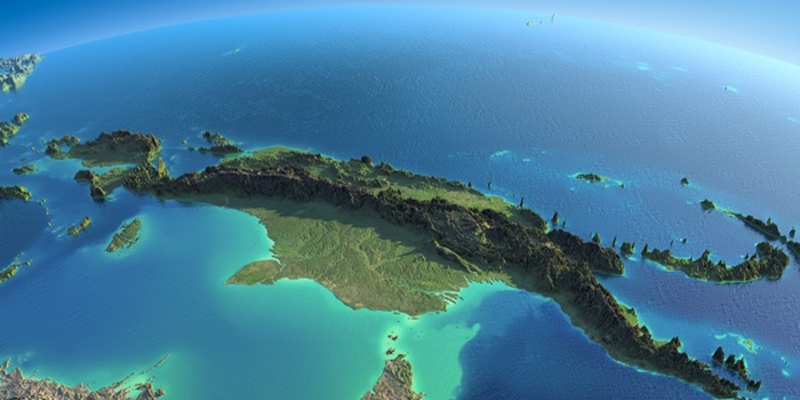 It is an amazing country from mountains to the sea. The landscape changes with every kilometer travelled, whereas the assemblies’ saints do not. You are greeted with joy and happiness from the brothers and sisters as if you are long-lost friends who have not been seen for ages.

The fellowship in every Centre is one of bright singing, amazing testimonies to the saving power of the Lord and completing the meetings with inspiring ministry.

This trip was a working trip as opposed to an evangelical one, like a rally or convention. Dealing with their day-to-day and future expansions, requires careful thought. New Centres are opening up all the time throughout PNG as well as new halls being built, on top of new halls being built to replace old halls.

Papua New Guineans. Life is always busy in providing for their family – which can be considerably large in some places – and running the fellowship. Obtaining enough food, water and electricity (things that we tend to take for granted) involves planting and harvesting their own crops, carrying water from the river and using generators to produce power. For those that cannot afford fuel for the generator then it may just be a bush stove – rock and wood – to cook on.

The dry, cold, weather conditions are expected to continue throughout this year’s El Niño event in the Highlands with several shortages of water in many areas of Papua New Guinea.

Pastor David Manley from Palmerston North assembly, New Zealand, on his 10th  visit to the country, is always welcomed with joy. I don’t know if it’s his accent they like, I do know it’s not his sense of humour, so then it can only be his singing, testimony and ministry.

On this trip Pastor David and I got to see some great progress in assembly life.

After January’s turning of the soil for the start of their new hall the progress though slow is looking great. They plan to have their new hall finished for and opening by mid-2016 I met up with all the Amanab oversight including Pastor Esron, Pastor Bonnie (Lumi), Pastor Luke (Wulukum), Pastor Isaac (Drekikier) and Pastor Pascal (Aitape) who were in Vanimo to cover planning for 2016, a big year for Revival in PNG. Welcome to Vanimo hall at Transmitter The Madang assembly was the host Centre for this year’s Youth National Rally held in July. Twenty-two Australians and one New Zealander travelled to PNG to attend. My visit was to learn the procedures they planned for this rally so that these can be passed on to the next assembly hosting the Youth Rally in 2019.

Pastor David also had to opportunity to open the new hall at Zizi. This visit was to confirm Pastor Misheck Bali as the new Zone Pastor for the Morobe Zone. Revival comes to Bougainville where, at Buka, a new hall has been opened. This was our first visit to the islands of Bougainville and Pastor David made sure he was going to be the first person off the plane for Revival Centres to set foot on the island. I think he said something like: “One small step for man, one giant leap for a Kiwi”. I think Neil Armstrong just rolled over in his grave.

Silvester and Moses were appointed as Pastors for the work. A great job has been achieved in such a short space of time. And you thought our peak hour was hard; trying landing on the mainland in Buka Kokopo (Rabaul) and Kimbe were our final destinations for the trip, where the work is in good hands with Pastors Jerry Gedi and Vincent Wai. Greetings from Rabaul saints at airport