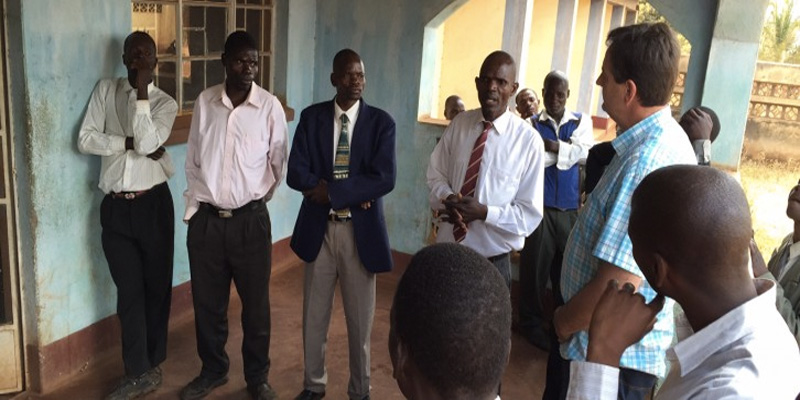 Pastors Simon, Vic, and Chris Polson have just concluded their visit to the Church in Malawi.

The work in Malawi was initially established through many years of visitation by Pastor Victor. With the emphasis on gathering the Church leadership together to build a strong foundation of doctrine. This tradition has continued during this trip as well. Four full day leadership training sessions in the major areas of Lilongwe and Blantyre were held.

The leadership training was attended by Malawain Pastors as well as quite a number of Mozambiqian leaders that had travelled long distances from across the border. Pastor Moses from the Congo was also able to make the journey – he has five assemblies in his country.

Over the eight days there were fourteen baptisms; four days of officers meetings; two Sunday Communion meetings; numerous anecdotal gatherings; the appointment of a new Zone Pastor in the Blantyre area; and, plenty of discussion with Pastor Nelson about future directions for the ever-expanding work in Malawi and beyond.

We were able to see the Moringa Tree project as well as the maize mill projects which operate in Blantyre.

Thank you Pastor Vic and Pastor Nelson for enabling the trip – it was inspiring to say the least! Pastor Davison and his wife